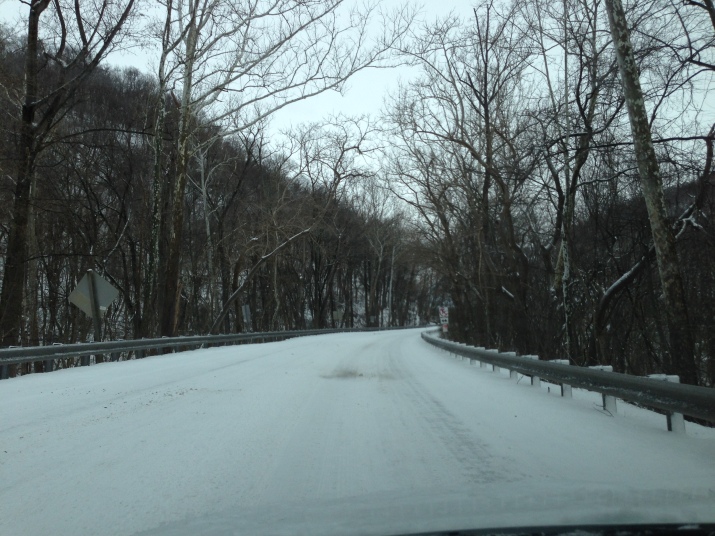 Life can change in an instant.

I’m in graduate school, on my way to the library on a cold Sunday afternoon. The roads are wet, it was snowing and I was driving up a hill in my Mazda LX.

I do not have my seat belt on; they’re for other people.

The car coming toward me is in a skid. It’s a large station wagon with wood paneling. I see the tires locked to the side. If they grip the road, the station wagon will go into the lane she (an older woman) is supposed to be in.

The tires never grip the road, and her car hits mine head on. I watch the front of my car fold up like an accordion as I think “wow, this is not going to be good”. As I fall back into the seat, I see the cracked windshield where my head hit. There is blood and broken glass. I fall back and to the side – slumped over the gear shift.

Somehow the door is open and there is a teenager with a red gang bandana looking at me (I am not in a good part of town). “Please get help” I tell him – softly – thinking he probably can’t hear me. I feel like I’m going to throw up. He tells me the other car left. He said “She said she had to go home and get her license”.  He said she “looked drunk”.  She never came back.

The ambulance came and brought me to the ER. It was crowded, I heard there were a lot of accidents that day. I was on a gurney in the hallway. They “would get to me” they said, it “was busy”.

There’s something about lying on your back on a gurney in a busy emergency room on a cold snowy day that gives you all the time in the world to think – especially if you’re tired of trying to count all the dots in the white ceiling tiles above your head.

A lot of time to think about how good seat belts really are, how invincible you really aren’t and how small foreign cars are fun to drive but maybe next time you should look a little more closely at the safety ratings.

The ER team called my college roommate who came to pick me up when I was cleared medically. I had a concussion, a torn MCL (I still sit a little too close to the steering wheel, but I always wear a seat belt), and bruises on my face and head. It “would take a while” for some of the glass to fall out of my head they told me – “just give it time”.

When I got back to our apartment, I called my parents. Initially they said they would call back tomorrow after they thought about what to do. Fifteen minutes later, my mom called back and said “we’ll be there tomorrow, pack enough for a week, we’ll make an appointment with the orthopedist here.”

The following day they arrived in the morning and mom said “we have to go pick up your X-rays at the hospital but dad wants to see your car first”.

We drove to the lot where they had towed my car. My dad opened the door and said to me “you should stay here” and then to my mom “do you want to come?”

“No, not especially” she answered “i’ll stay here”.

After about twenty minutes, dad came back to the car. His face was pale, he looked at my mom, there were tears in his eyes. “We almost lost her” he said, looking at me. – That feeling of invincibility I once had left on that day, right at that moment.

The next few days evolved into months as surgery to repair my torn MCL was scheduled with enough time for rehab.

My graduate school advisor informed me that I would lose my thesis committee as a result of the 3 month delay. She convinced me to take the comprehensive exam to test out for an M.Ed and finish graduate school.

The car was totaled; no more Mazdas – ever.

It was thousands of dollars of unexpected costs, time I couldn’t get back and the loss of a thesis I had hoped to finish and publish.

“Every once in awhile life gets in the way.” My professor used to say. His comment rings true to this day.

Slow down, turn off the phone, buckle up – Life can change in an instant.